A group of four (4) motorcycles were traveling west on W. Blanchard Rd., just west of S. Coldwater Rd., when the lead motorcycle slowed down because of rough pavement. The next motorcycle in line, a 2003 Harley Davidson Electra-Glide, operated by Larry Alan Gay, 72 years old from Portland, MI also slowed down.

Tammy Sue Gay was airlifted to Mid-Michigan Medical Center in Midland, MI by LifeNet. She was wearing a helmet.

Larry Hugh Bates was airlifted to Sparrow Hospital in Lansing, MI by Aero Med as a result of head injuries. He was not wearing a helmet.

Larry Alan Gay suffered minor injuries and refused treatment. He was not wearing a helmet.

Alcohol or other drugs were not a factor in the crashes.

The accident remains under investigation. 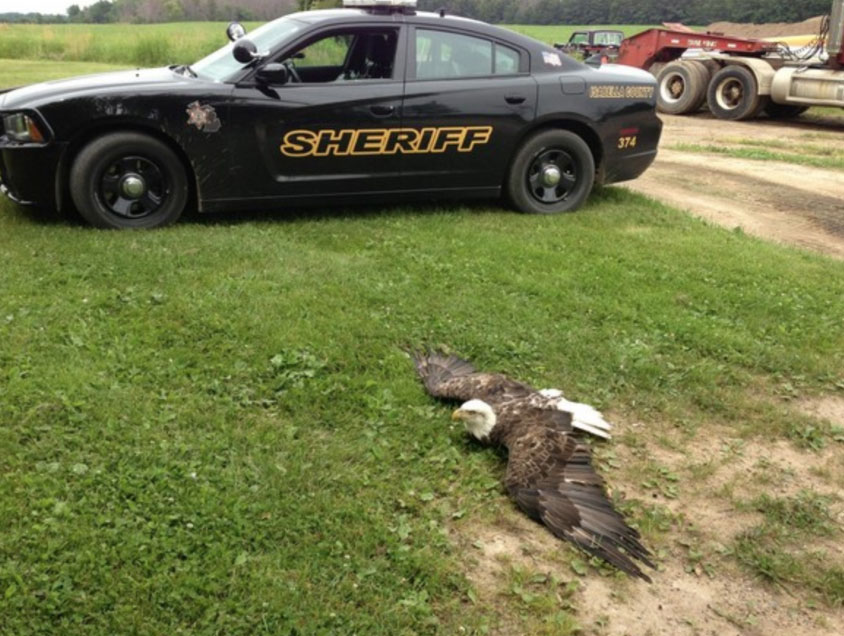 Sheriff’s Department responds to a Bald Eagle that had been hit by a car – Update
Update: July 9, 2015 at 1:00 p.m. A veterinarian has examined the eagle and determined that it has suffered paralysis, but it does not appear to have a fractured back.... Read More ›
Read More

Fatal Traffic Crash
The Isabella County Sheriff’s Department responded to a one vehicle fatal traffic crash that occurred in the southbound lane of US-127. A 2002 Ford Ranger, operated by Ronald Lee Bradley... Read More ›
Read More